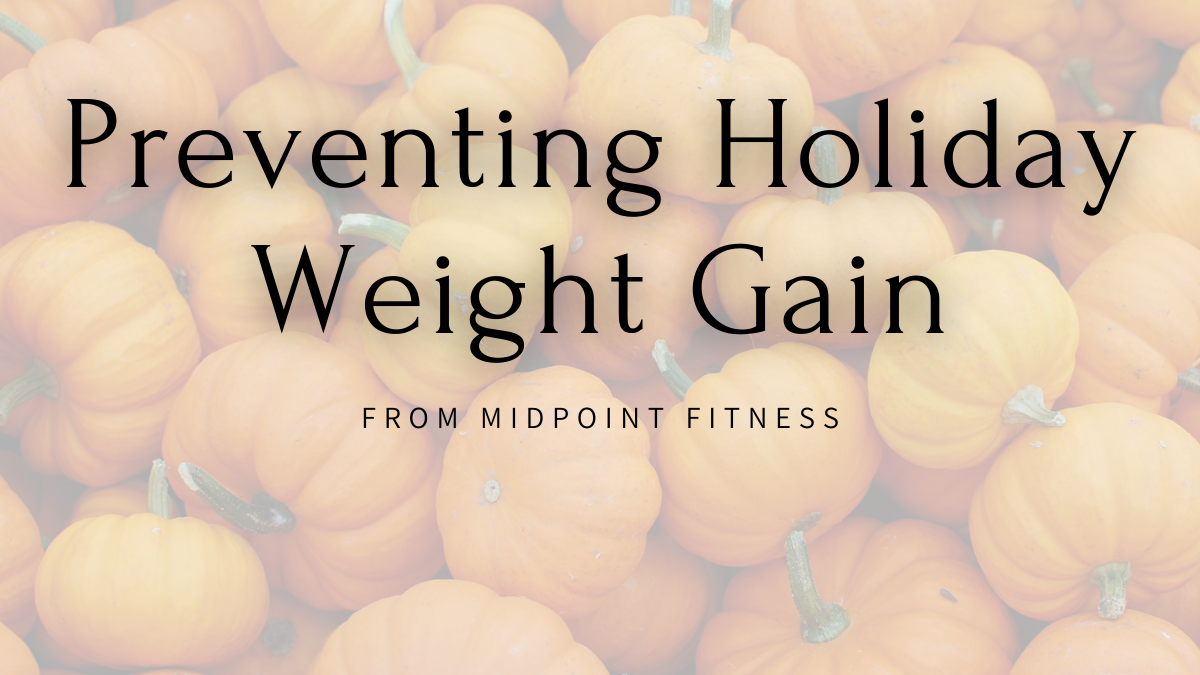 The scent of freshly baked pies, your grandma’s rolls, and your grouchy uncle’s bengay-laden shoulder float by you and subtly remind you that in a couple months, you’ll probably be 5 pounds heavier.

This year, I’m going to help you through the holidays with progress, instead of backsliding a few months. We’re going to get ahead of things, and I’m going to highlight to you how simple it can be to skate through a holiday-bombardment successfully.

I’ll be explaining a study highlighting the importance of simply being aware of yourself.

The study I’ll be referencing (cited at the bottom), is an experimental study. Meaning, there is a control group, and a testable group.

The purpose of this study, is to answer this question:

The population of this study was comprised of 111 random individuals. Of the 111, some were of normal weight, some overweight, and some obese.

There were 3 visits that measured and tracked the progress of these individuals throughout their holiday hoopla, and shortly thereafter.

There was the pre-holiday visit, which took place just prior to thanksgiving. We refer to this as  “v1” or “visit 1.”

The post-holiday visit, which occurred just after New Year’s Day. We refer to this as “v2” or “visit 2.”

And finally the follow-up visit, which followed 14 weeks after the post-holiday visit. Which of course we refer to this one as “v3” or “visit 3.”

From v1 to v2, the group that participated in daily weighing and visual feedback experienced no change in weight (an insignificant change of a quarter pound lost, plus or minus another half a pound).

However, the control group of which did not participate in daily weighing or visual feedback experienced significant weight gains (average weight gains nearing 6 pounds plus or minus another 3 quarters of a pound).

Through the holidays, the individuals who participated in daily weighing and visual feedback and who were overweight or obese actually lost weight (loss of just above 3 pounds plus or minus another 1 and a quarter pounds). Whereas those with normal weight maintained weight during the holidays (relatively stable weight of gaining less than 3 quarters of a pound plus or minus another half pound).

During the follow up period, the control group, or the group that did not participate in daily weighing or visual feedback did lose weight (average loss of 2 and a half pounds plus or minus another pound). However, they still retained 57% of the weight of which they gained throughout the holidays (gains of over 3 and a quarter pounds, plus or minus just less than another pound from v1 to v3).

What does this show?

That yes, daily self-weighing and visual feedback was a successful approach to prevent holiday weight gain, with those overweight or obese responding most favorably.

Why am I sharing this?

Because it is awareness that can bring you results, or at least prevent loss of results. Especially during the holidays, when food intake can become incredibly excessive, mindless, and calorie dense.

I am not bestowing a burden upon you for this much needed and highly anticipated holiday season. This is in no way meant to make you a neurotic, stressed out mess that your family and friends will be concerned about you over.

This is simply to show you that a little awareness, and minimal action taken in the right direction can prevent those negative feelings come first of the year. Imagine the snowball effect of those average 3-4 pounds gained each and every holiday season! Break that momentum, and place it in your favor.

As always, if there’s anything I can help with, or any questions I can answer don’t hesitate to reach out! Email me at cody@midpointfitness.com 🤗